I’m not your average blonde actress. I’m a unicorn!  Well, maybe not. But hear me out.
‍
When I was three all I wanted was to be Shirley Temple. I would stand on my little table and sing and tap along to all her great numbers.  But then when I was four I went to a friend’s ice skating party and that changed my plans.  Instead I went on to be a Champion figure skater for the next nine years of my life, training alongside Sasha Cohen with our Olympic coach Mr. John Nicks.
‍
Cut to me quitting at age thirteen, and deciding to have a normal high school life at a boarding school in Oregon. It was there that I fell in love with musical theater.  I got to play some of my favorite roles including Adelaide in Guys and Dolls, Ado Annie in Oklahoma!, just to name a few. The summer after graduation, I went to London and studied at RADA. But I missed my family so back to Los Angeles I went.
‍
I decided to join the family business and become a musician.  I learned guitar, started writing songs, continued taking weekly dance classes and played everywhere I could including SXSW, Sundance, high schools, colleges all over, my band Rome Will Burn even sold out the El Rey Theater here in LA which holds over 1,000 people. You get the point.

But I never forgot my Shirley Temple dream.  So now I’m pursuing acting.  And by that I mean busting my butt like I used to do as a figure skater….except this time minus the bruises.  In the past three years I’ve Guest starred on Paramount Networks American Women, am recurring on Hulu’s Light As A Feather, shot a Walmart campaign, and worked with Taika Waititi on a National Commercial. I also produced and am starring in the short film Ghosted which recently got accepted into Oscar Qualifying Rhode Island film festival, LA Shorts Film Festival, the San Diego International film festival, and Portland Film Festival.
I want to continue creating whimsical, romantic, quirky, edgy art that gives you all the feels.  I’m basically your manic pixie dream girl! 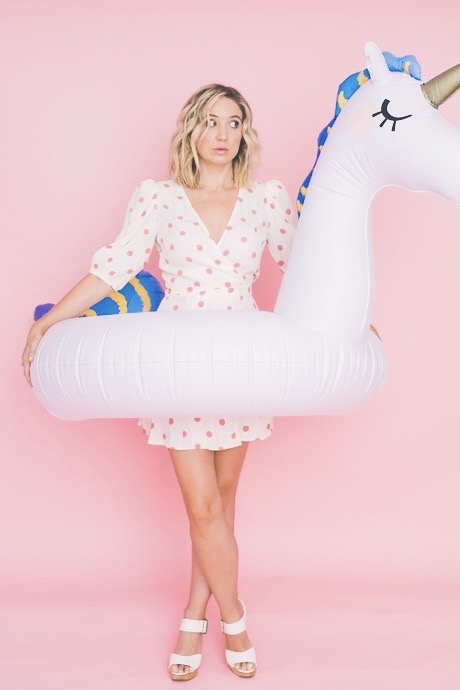 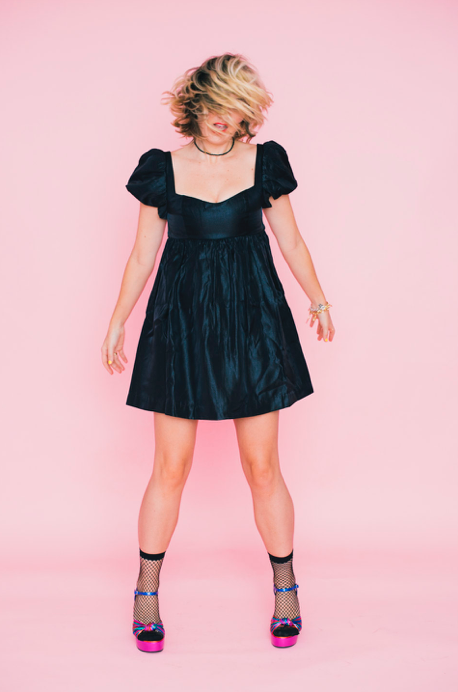